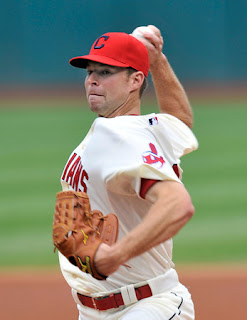 Washington came into this weekend with their 3 best starting pitchers Gio Gonzalez, Jordan Zimmerman, and today Stephen Strasburg. For the Indians it would take Corey Kluber to slam the door shut for a series win which slipped through their fingers last night. Kluber would dominate this game today getting the Indians back to .500 with a 2nd consecutive series win.

Stephen Strasburg was making his 1st start since returning from the disabled list. And he was being watched closely by Nationals manager Davey Johnson. He would be pulled after 5 innings of work, throwing only 82 pitches.

In the Bottom of the 4th inning Jason Kipnis drew a walk to reach base safely. He would then steal 2nd base, then score on a single by Carlos Santana giving the Tribe a 1-0 lead.

Strasburg’s line would read 5 innings pitched allowing 1 run on 1 hit, he would strike out 4 and walk 4. Corey Kluber would have 2 times in this game where Washington had runners on 1st and 3rd with no one out, but was able to escape with no runs allowed.

The turning point in the game was in the Top of the 7th inning, the bases were loaded with no one out. But after a quick double play and a routine ground ball to short, Kluber had done it again. Kluber would come out for the Top of the 8th to get one more inning, and he did just that, 1-2-3 inning. This was Kluber’s 2nd consecutive start in which he pitched 8 innings.

Kluber’s final stats read 8 innings pitched, allowing 0 runs on 7 hits. He would strike out 8 Washington hitters, and walk no one.

In the Bottom of the 8th, Michael Bourn would hit a lead off double. Mike Aviles would move him over on a sacrafice bunt, and Jason Kipnis who earlier extended his hitting streak to 10 games, hit a sac fly to deep right field. This easily scored Bourn from 3rd giving the Indians a 2-0 lead.

Vinnie Pestano came out for the Top of the 9th and got the save. 2-0 Ball Game.

Corey Kluber has improved so much this season coming from last year. Whateer they are doing with him is clearly working. You have to keep him on this roster. I do not care if you signed Brett Myers, keep him off this team Kluber is progressing very well.

A big 3-game series against AL Central opponent Kansas City Royals. The Royals are right behind the Indians in the standings.
Posted by NoStaticRadio.com at 3:02 PM No comments: 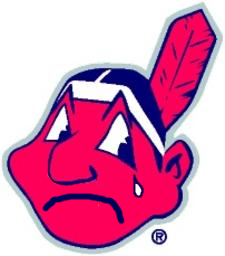 The Indians are 0-6 on the current road trip with 3 more games starting tomorrow in Arlington when they take on the Texas Rangers.  They have dropped their last 7 games dating back to last Sunday against the Tampa Bay Rays.  The Tribe is now 30-32 on the season and 5 and 1/2 games behind Central Division leader Detroit.

The pitching match up favored the Cleveland Indians.  Justin Masterson, Cleveland’s ace, faced off against a minor league call up Jose Alverez.  Alverez was called up due to Anibal Sanchez being placed on the 15-day disabled list with shoulder stiffness.

The Tigers fired first on the scoreboard with Alex Avila hitting a sacrifice fly to center scoring Prince Fielder to give Detroit a 1-0 lead in the Bottom of the 2nd inning.

In the Top of the 5th, former Detroit Tiger Ryan Raburn, hit a solo home run to left field, tying the game at 1 each.  However this would be the only time that Cleveland would score in this game as Detroit’s pitching was dominant today.

In the Bottom of the 6th, Don Kelly hit a 3-run jack to right field, scoring Miguel Cabrera and Prince Fielder opening it up to a 4-1 Tigers advantage.

Not a horrible day for Masterson today.  He would pitch for 7 innings allowing 4 runs on 6 hits.  He would strike out 4 while walking 3 batters.  With a team like Detroit who averages over 5 runs a game, not a terrible outing at all.

This was the Major League debut for Jose Alverez, he pitched very well going 6 innings allowing only 1 run on 3 hits.  He struck out 7 while walking only 1.

Jose Alverez got the win, the 1st win of his major league career.  Justin Masterson took the loss, he is now 8-5 with a 3.68 ERA this season.  Joaquin Benoit got the save, his 3rd this season.

Time of the game was 2 hours and 31 minutes.  Game attendance was 41,262, a sell out crowd at Comerica Park in Detroit.

This was a game that Cleveland could not afford to lose.  For the 1st time this season the Tigers saw Justin Masterson, who has been the ace of this staff.  He didn’t pitch horrible, but not great either.  When the Tigers average over 5 runs a game this season, and you only allow 4 over 7 innings you will take that every time.

However the Indians bats need to get out of this funk, Jose Alverez coming up for his major league debut and fanning 7 Indians batters.  Ryan Raburn was the only batter to get a run on the scoreboard.  Swisher, Santana, Kipnis and Reynolds need to start driving in runs in clutch spots.

It’s not going to get any easier, 3 games starting tomorrow in Arlington against the Texas Rangers a team that the Indians have had issues with over the past 4 years.

A 3-game series against the Texas Rangers begins tomorrow night in Arlington.  Scott Kazmir will take the mound for the Indians, he is 3-3 with a 5.24 ERA this season.  Kazmir is 6-3 vs the Rangers in this career with a 2.87 ERA.  He will be opposed against Josh Lindblom who is 0-1 with a 7.71 ERA this season.
Posted by NoStaticRadio.com at 3:00 PM No comments: